For more than 30 years, the Australian Made, Australian Grown (AMAG) logo has helped thousands of brands to communicate their Australian credentials to consumers, businesses and all levels of government.

The Australian Made, Australian Grown (AMAG) logo is the true mark of Australian Authenticity. It is Australia’s most trusted, recognised and widely used country of origin symbol which is protected by a third-party accreditation system that ensures products that carry the logo are certified as genuinely Australian.

Apart from registering and validating the business, the rules for using the Australian Made, Australian Grown (AMAG) logo certification trademark requires that it must always be used with the descriptors. You can learn more below.

Grown in, produced in, made in

The key country of origin claims may have different meanings;

When a food has not been grown, produced or made in a single country, it will need to display a label identifying the country it was packed in.

The product has undergone its last substantial transformation in Australia.

All of the product’s significant ingredients come from Australia; and All, or nearly all of the manufacturing or processing has been carried out in Australia.

The product is a seafood product; and All of the product’s significant ingredients have been grown or harvested in Australia; and All, or nearly all, of the processing has been carried out in Australia.

Can only be used in export markets; and The product must satisfy the criteria for at least one of the four preceding claims, and not be misleading.

The Australian Government will be incorporating the Australian Made, Australian Grown kangaroo logo into a new country of origin label with the yellow bar indicator to show the % of ingredients are from Australia. 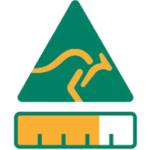 You can read up more about Australian made and from the ACCC website.