Honey has been revered for thousands of years both as a delicacy and for its healing properties.

But did you know that of the many types of honey, none is more special than Australian Manuka honey?

It’s made by bees from the nectar of Manuka (Leptospermum) plants native to Australia.

This remarkable honey is known for its antimicrobial, anti-inflammatory, and healing properties. And with its distinctive, medium-sweet taste and warm, nutty tones, it’s good to eat too!

Let’s take a closer look at this fascinating natural product and the science behind some of its medicinal qualities. 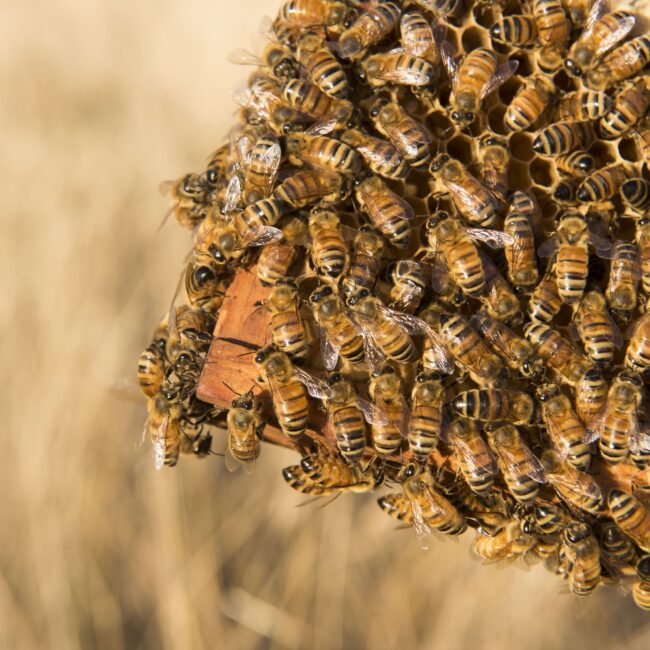 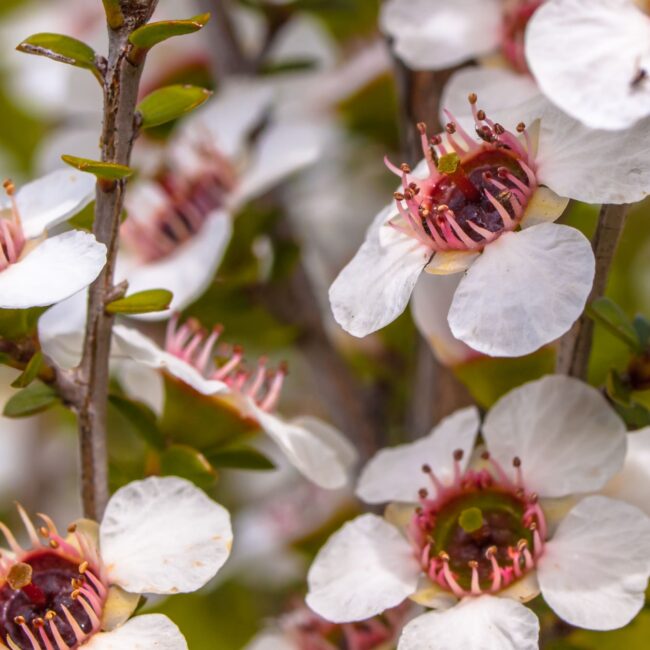 Honey has been produced in Australia since the arrival of honeybees in the 1820s.

In the early days of honey-making, Manuka was considered undesirable because of its distinctive flavour.

But because we now have scientific evidence of its unique qualities, it has become a prized foodstuff and medicinal aid.

While communities have known about the special properties of Manuka honey for a long time, they were finally proven in the 1980s. This was when Dr Peter Molan and his team at the Honey Research Institute at the University of Waikato in New Zealand identified its antimicrobial qualities.

Although the research took place in New Zealand, it’s interesting to note that the country has only one species of Leptospermum plant, which is thought to have originally come from Tasmania in Australia.

In fact, there are more than 80 species of Leptospermum or Manuka plant in Australia, where the species is believed to have originated.

This hardy plant thrives even in conditions of drought and fire, so you can understand why it is suited to the Australian climate.

As well as being home to this remarkable plant, Australia is also the only country in the world not infested with the varroa mite. This parasite attacks honeybees and their larvae, transmitting viruses and causing the death of bee colonies.

Because it is absent from Australia, there is no need for miticides in hives, thus ensuring the purity of Australian Manuka honey.

Perhaps Manuka honey’s most prized quality is its ability to fight infection and heal wounds. Not just an anecdotal
finding, this property has the weight of scientific research behind it, which we’ll look at in detail next. What are the antibacterial elements in Manuka honey?

Research has found that Manuka honey boasts some unique properties that other types of honey simply don’t have.

Honey gets its antibiotic powers from the presence of hydrogen peroxide. But even when you neutralise the hydrogen peroxide in Manuka honey, it will retain its healing properties. This is referred to as its non-peroxide activity (NPA).

This is because it contains special ingredients that have the power to fight bugs.

Manuka honey’s NPA or level of healing powers can be attributed mainly to its uniquely-obtained MGO composition.

Alongside MGO and DHA, the other key markers for Manuka honey are leptosperin, a chemical found solely in the nectar of Manuka plants, and hydroxymethylfurfural (HMF), which occurs when fructose, one of the principal sugars found in honey, breaks down upon heating. HMF occurs only in low levels in fresh honey.

Between them, they make up the unique signature of Manuka honey, making it easy to prove it as an authentic product. 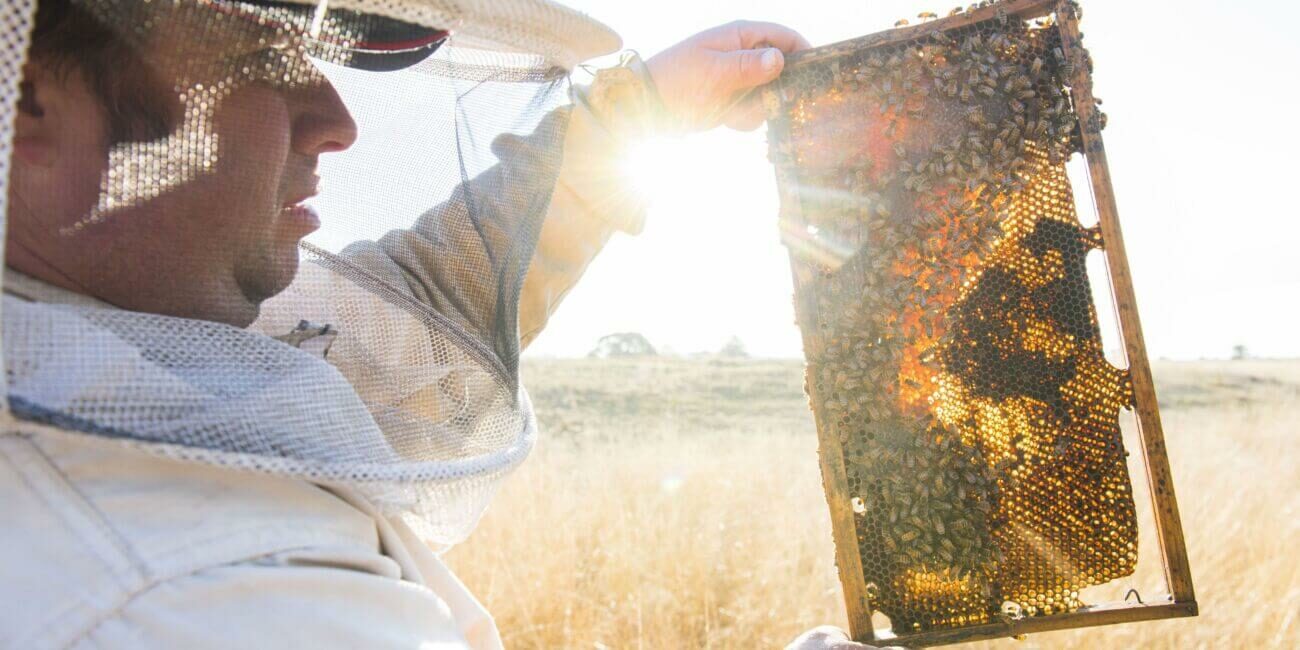 The science and research of Manuka honey

As we saw earlier, the start of research into the amazing properties of Manuka honey can be attributed to Dr Peter Molan’s work in the 1980s. He and his team discovered the potential for Manuka honey to be used effectively in wound dressings. Its presence meant that wounds were quicker to heal, patients felt more comfortable, and scars were minimised.

Fast-forward to 2006, and researchers from the University of Dresden in Germany named MGO as the antibacterial element found in Manuka honey. So, MGO replaced NPA as an extremely accurate indicator of the strength of Manuka honey’s antibacterial properties.

Later, scientists in Japan were the first to identify the special components of Manuka honey that are just not present in other varieties.

These findings have meant that the process for identifying genuine Manuka honey is transparent, making it easy for consumers to choose authentic products. Research continues in Australia into the remarkable properties of Manuka honey.

The i3 Institute at the University of Technology Sydney is currently exploring the benefits of including Australian honey in the diet.

Researchers at the University of the Sunshine Coast are investigating Leptospermum plants in Australia, as well as the species that produce DHA and MGO and where they can be found.

And the University of Western Australia is investigating the genetic composition of Australian Manuka honey to help protect its identity worldwide. 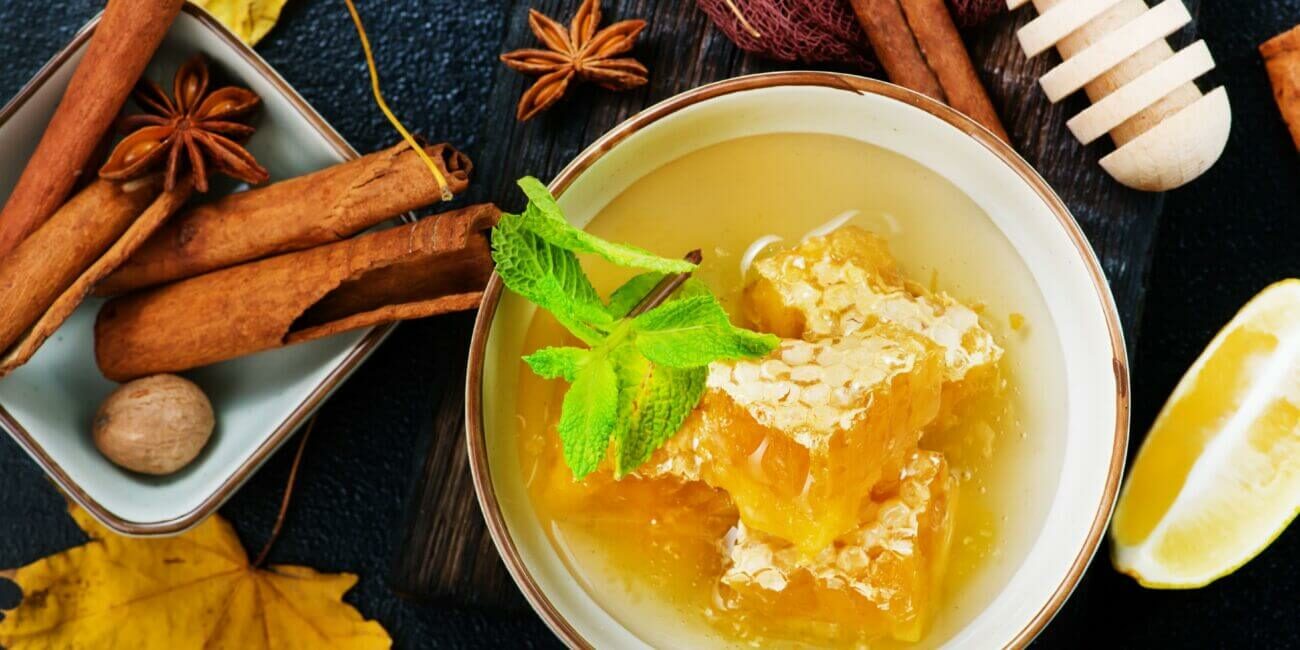 The healing elements and combatting superbugs

The pioneering research of Dr Molan and others has shown that Manuka honey has antimicrobial properties, making its medical-grade form perfect for use in wound dressings. Moreover, its sticky nature means that wounds can be kept moist and prevented from further infection with an effective barrier.

What’s remarkable about Manuka honey is that while some superbugs may develop resistance to antibiotics, they don’t become resistant to Manuka honey.

So it can be used to treat stubborn MRSA (Staphylococcus aureus) infections, for example, and trigger the body’s own healing processes.

When Manuka honey is consumed, this antibacterial element remains stable in the mouth and stomach, making it an excellent remedy for sore throats, inflamed gums, and upset stomachs.

Other research has found that Manuka honey is effective against H. pylori bacteria that causes stomach ulcers and can relieve symptoms of inflammatory bowel disease.

Manuka honey is truly a unique and powerful substance, with natural and far-reaching health benefits. 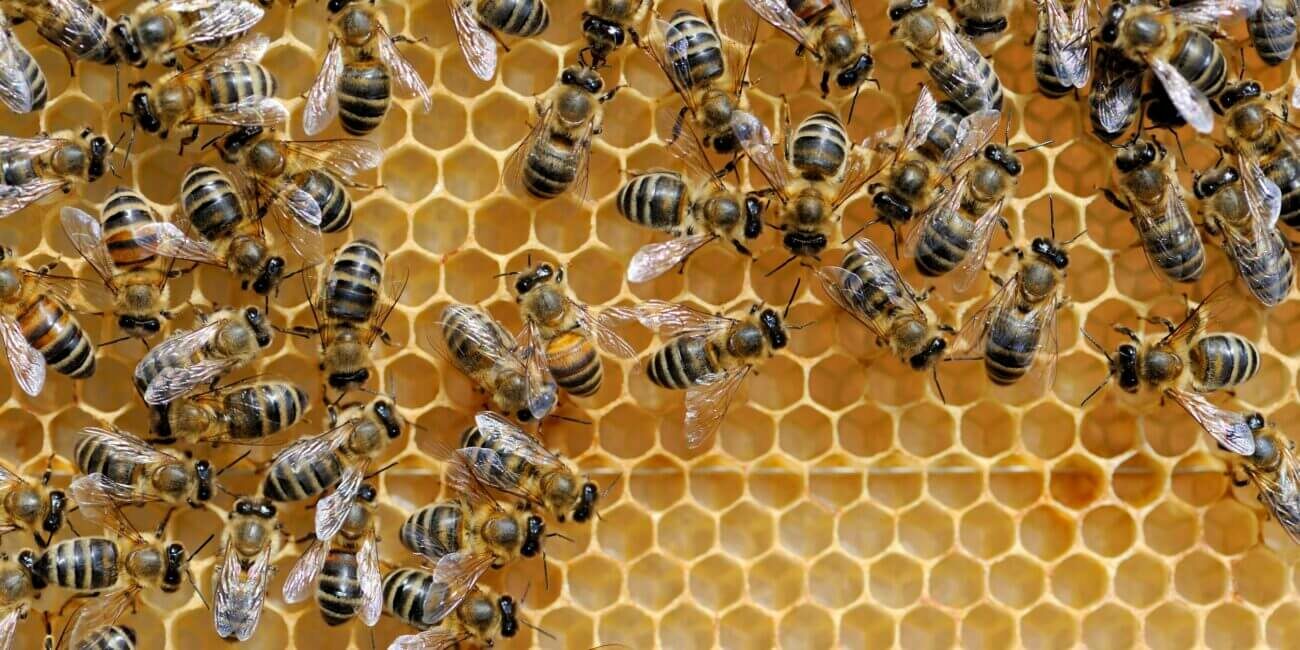 To know if your honey is genuine Australian Manuka honey, it must be produced in Australia and must contain the
following elements:

Manuka honey will then be awarded an NPA rating to indicate the honey’s special antimicrobial properties.

Australian Manuka honey ratings are mainly based on its MGO composition, expressed in parts per million. So, a high
NPA rating of 20 or above will mean an MGO of around 829.

We are Manuka Australia, and we believe in the uniquely powerful qualities of Australian Manuka honey.

Our mission is to protect and promote awareness of Australian Manuka honey globally.

We source top-quality pure Manuka honey products from Australia to your doorstep, guaranteeing their pureness and authenticity. Check out our range of products